Coming to Sopot in summer by car? Read on.

If you are coming to Sopot by car during the high season we have a great suggestion for you to help make your visit as easy and as comfortable as possible.

Between June 22 and September 1, we strongly recommend that you use the Eko Parking park & ride service the city has introduced to help reduce congestion in the city centre and to make your visit as easy as possible during the summer season.

Making use of the car parks at the city’s Ergo Arena, visitors are invited to park their cars in one of the 700 available spaces. The car park is open 24 hours a day and is free to use during the summer season dates above. You can then travel to the beach or into the centre of the city using one of the Melex electric vehicles which travel between the Ergo Arena and the square in front of the church at the top of Bohaterow Monte Cassino street. 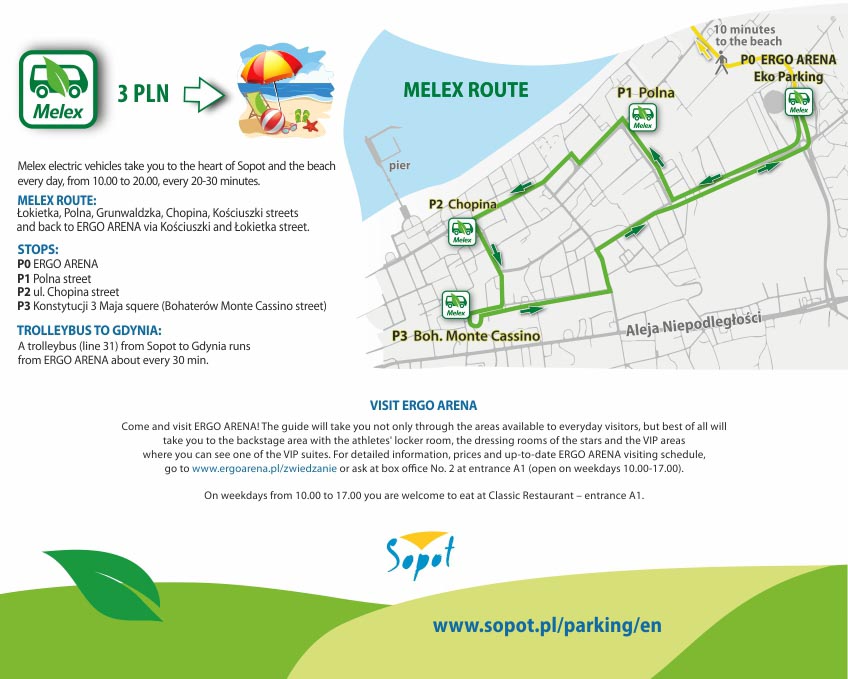 The Melexs run every 20-30 minutes between 10am and 8pm and cost 3 PLN per person. They stop at two points along the way from the Ergo Arena into the centre where you can jump off and walk to the nearby beach. The stops can be found at ul. Polna and ul. Chopina. The Melex then travels back to the Ergo Arena without stopping. 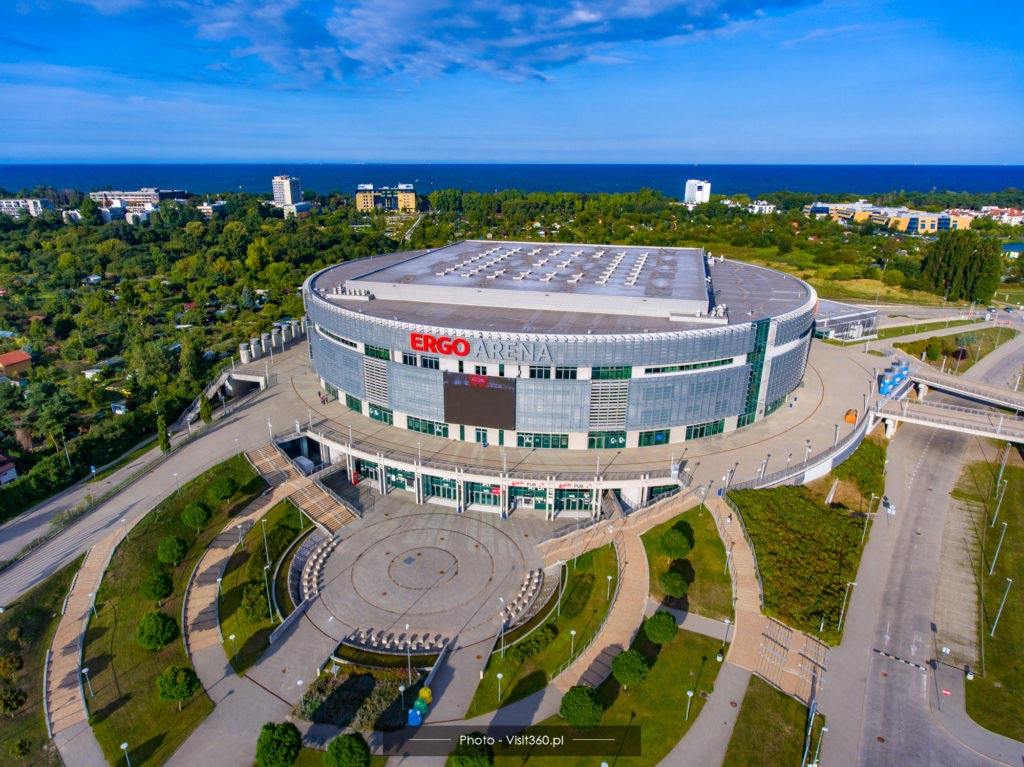 It’s also worth noting that you can also take a tour of the Ergo Arena, home to the local Trefl Sopot basketball team and host to the 2014 IAAF World Indoor Athletics Championships as well as concerts by some of the biggest names in music. To find out more visit the Ergo Arena website.