Enjoy Sopot on a bicycle

Please note that the system mentioned in this post was suspended in October 2019. We are waiting for information about what will happen in spring 2020. Regardless of this, the city still has lots of cycle tracks and a number of hotels in the city have bikes that you can use/hire.

Sopot and the surrounding towns and cities don’t just offer literally thousands of kilometres of modern cycling tracks, but there is also a publicly supported bike rental system available meaning you can pick up a bike from numerous stations located around the city.

Named the Mevo Municipal Bike System, the project has seen thousands of electric-motor-assisted bicycles made available for rent from hundreds of stations located throughout the Pomeranian region.

‘Mevo is the most modern system in Poland and Europe’ commented the president of Sopot Jacek Karnowski. ‘The first reason for this is due to the fact that the entire fleet of 4,000 bicycles is equipped with an electric motor to support you as you are riding. As much as we put in by pedalling, the engine in the bike gives you again. This means that you can get to work without too much fatigue in a suit, dress or high heels. Let’s remember that Gdańsk, Gdynia, Sopot are the most mountainous urban areas in Poland. Thanks to Mevo bicycles, we are now able to offer a completely new quality to public transport.

Gdansk president, Aleksander Dulkiewicz, highlighted the fact that the system introduced in the Tri-city area meant that Sopot, Gdansk and Gdynia is now a European leader when it comes to municipal bike systems. ‘4080 bicycles with electric assistance are truly a European success story of metropolitan cooperation’ she said. ‘Madrid has so far been able to enjoy the largest system of electric bikes, having just over 2,000. In Barcelona this year they are enjoying the expansion of the system to 1,000 electric bikes. We are proud that the fourth largest metropolis in Poland will have the largest electric assisted bicycle system in all of Europe.’

You’ll find one of the many rental stations outside of Sopot Town Hall.

Renting and returning a bike is simple and intuitive. Mevo bicycles can be rented using an application (by scanning the QR code), contactless card (after adding it to the user account and applying it to the on-bike computer) or by contacting Mevo’s customer service. The bike is returned by locking the O-Lock and thus blocking the rear wheel of the bike.

The best way for regular users, such as residents, to use the system is to first create an account on the RowerMevo.pl website; via the application available for Android and iOS or by phoning the customer service desk on +48 58 350 20 20. After paying a 10PLN fee, you can then choose a subscription package which suits your needs.

For those visiting the city, who do not require a regular subscription, it is also possible to buy 2 or 5-day packages. You pay a slightly higher fee to join but can rent up to 5 bikes at a time and are allowed more minutes on the bike daily. The rental fees equate to 6PLN per hour and more details about packages and pricing can be found in English here. 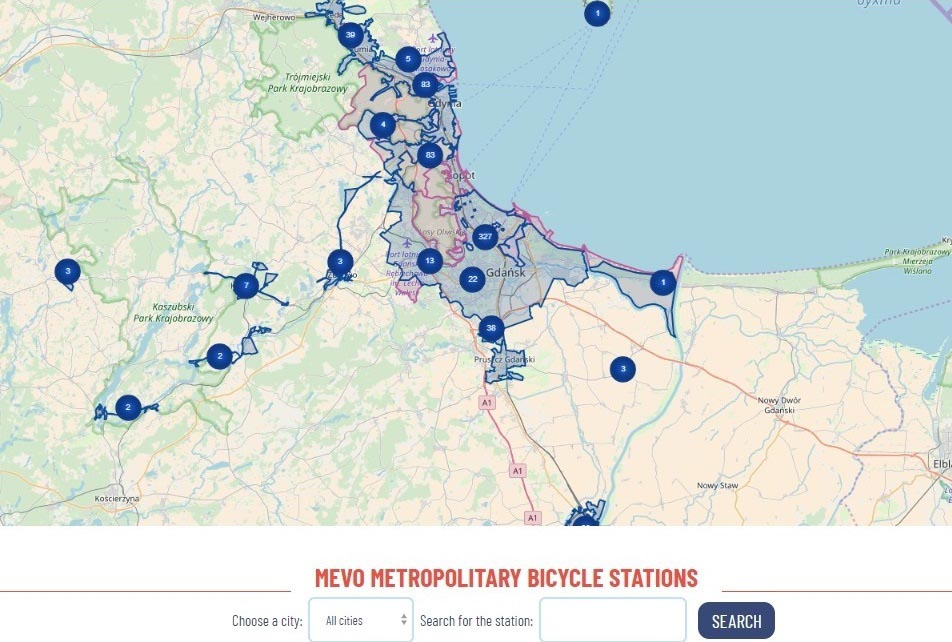 You can find your nearest available bike at https://rowermevo.pl/en/map/

There will be 660 bicycle stations covering 14 cities and municipalities across the region. For an additional 3PLN fee you can literally leave the bike where you want within the city for another renter to pick up (as long as it is not causing an obstruction to pedestrians or traffic). Picking up a bike not parked at an official station and returning it to one actually earns you a ‘reward’ of 2PLN. 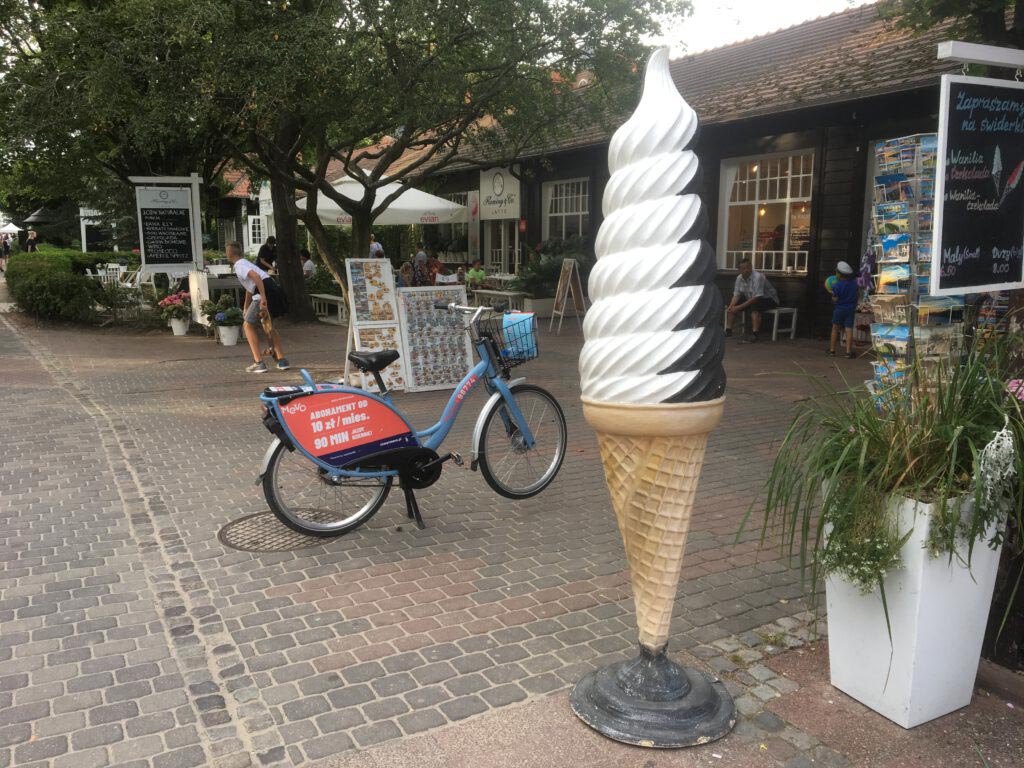 The system has been warmly received by residents, tourists and local governments. ‘Mevo is real evidence of the functioning of the metropolis in Pomerania’ said Mieczysław Gółuński, mayor of Kartuzy. ‘The cities jointly developed, by way of a compromise, a single way of operating the system; its solutions and visual standards for bicycles and stations; one payment and settlement system and transferred the management of the system to one institution – the office of the Metropolitan Area. Mevo is a clear example that the introduction of a harmonized public transport system in the metropolitan area is possible.’

All bicycles are assisted by an electric motor making it particularly useful when starting and riding up inclines.

Mevo is one of the first bicycle systems in Poland which will be available throughout the year. During the majority of the year 4,080 bicycles will eventually be available. This number will be reduced to 1,224 bicycles during the winter period of December to February.

The project is co-financed by the European Regional Development Fund under the Regional Operational Program of the Pomeranian Voivodeship for 2014-2020. Co-financing from EU funds is PLN 17,218,259.