All current events are published in the calendar on the website kalendarz.sopot.pl/en

Sopocka Majówka is a multi-day city event, held in various locations in Sopot, which gathers several thousand people every year, among whom there are both Sopot residents, Tri-City residents and tourists spending a long May weekend on the Gulf of Gdansk.
The Sopot Picnic program abounds in artistic, cultural and sports events. The program included film screenings and theater performances, concerts, exhibitions, family workshops, picnics, sports activities and historical walks.
The organizer is the Baltic Artistic Agency (BART) and the city of Sopot. 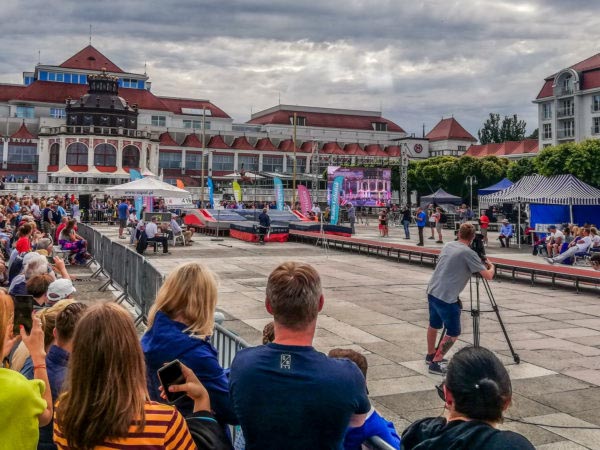 „Tyczka na molo” is the oldest stadium outside the stadium in the world. The first edition took place in 1984 and each year takes place at the Skwer Kuracyjny at the Sopot pier. The event attracts crowds of Tricity residents and tourists.
The record-holder of the jump is Mirosław Chmara, who in 1988 jumped 5.80 m. Among the ladies on Skwer Kuracyjny, Anna Rogowska flew the most. The former SKLA star in 2005 achieved a score of 4.77 m. If the attention of the organizers for many years focused on women’s rivalry, after the end of the career by Anna Rogowska, men run along the pier.
The organizer is the Sopot Athletics Club and the Morskie Sopot Swimming Pool. 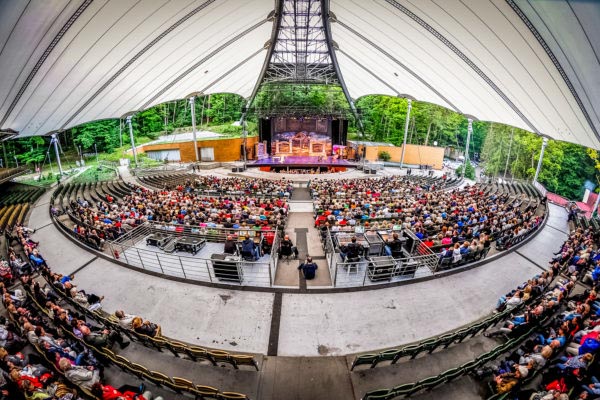 One of the most important musical events in Sopot. Every year, on the stage of the Opera Leśna, viewers have the opportunity to admire the most popular Polish artists – those who can boast the biggest sales of CDs and those whose songs we hear every day in radio stations. The SuperHit Festival is three days of the best entertainment, of which the first two days are concerts, and the third day is the time for Sopocki Hit Cabaret. 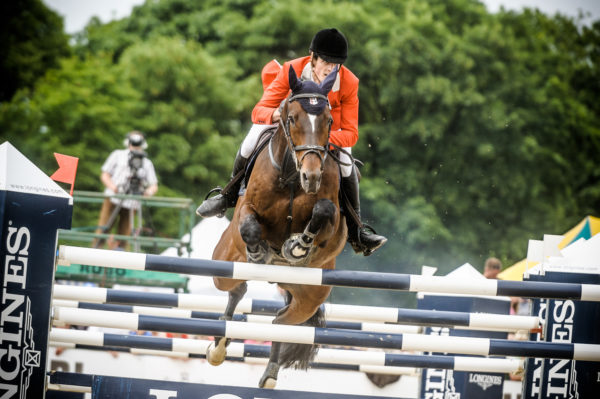 The most important equestrian event in Poland, which takes place in June at the Sopot Hippodrome. At the CSIO 5 * competition, world equestrian stars compete. In addition, viewers can admire the most expensive horses and sophisticated costumes. It’s also numerous shows and attractions that will make this June weekend memorable.
CSIO are the most important competitions in jumping through obstacles (this abbreviation comes from the French name Concours de Saut International Officiel), which have been held for many years on the Sopot Hippodrome. Sopot has found itself in an extremely prestigious group of eight cities alongside La Baule, Samorin, St Gallen, Rotterdam, Falsterbo, Hickstead and Dublin, which organize this tournament. 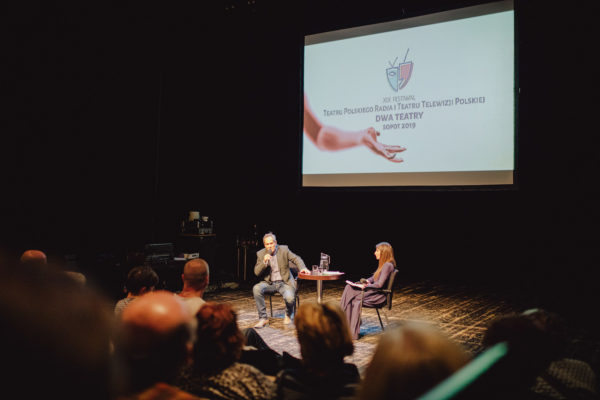 Theater festival, which since 2001 takes place in Sopot and is one of the top cyclical events. The main organizers of the festival are: Polish Radio, Polish Television and the City of Sopot. The axis of the festival is a contest of radio dramas and television shows that premiered on the air in the year preceding the festival edition. The program includes many accompanying events, including open projections of competition theaters, workshops, meetings with the stars, live performances, meetings with artists, exhibitions, concerts, etc. 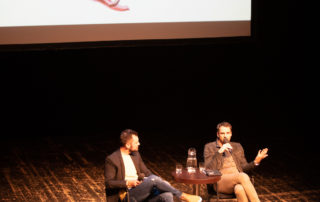 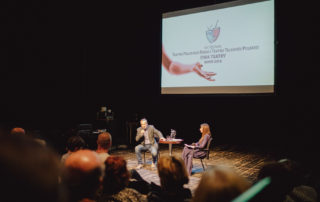 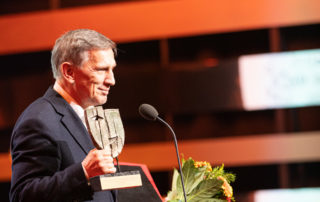 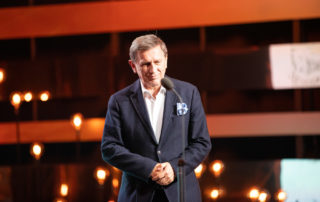 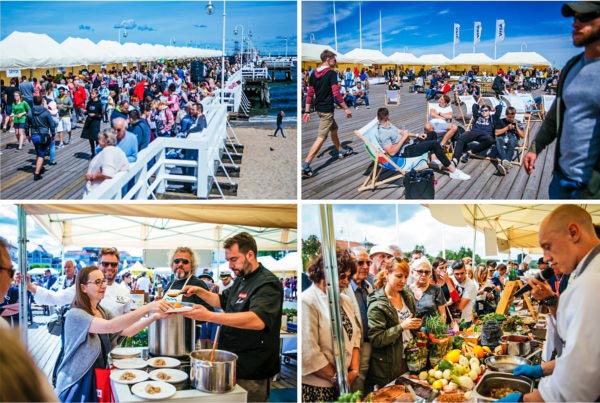 Slow Fest is one of the largest and most interesting culinary festivals. This is a unique opportunity to meet at such a scale at the table. On the one hand, chefs, cooks, enthusiasts, artists presenting their own ideas, on the other guests, gourmets and discoverers. This event carries the Slow Food philosophy, whose aim is to meet at the table, promote the traditions of the region, protect the taste, support small enterprises producing according to traditional and honest rules. The event takes place on the Sopot pier, where their seats are spread by invited restaurants. To participate in the event, you only need to purchase a ticket for the pier. For those who want to try prepared delicacies, there are tickets for a tasting portion.

Sopot Film Festival – It has been in Sopot since 2001. At the festival, prizes are awarded in the form of the “Umbrella” statuette in the field of film. Until 2008, the aim of the festival was to present the production that arise, among others, under the influence of the achievements of the digital world of the 21st century – Internet cyberspace, new trends in design, fashion, usable space, global television and other inventions of our century. In 2009, the Sopot Film Festival changed its formula. After 8 editions of the international short and medium-length film competition, the organizers broadened the competition with feature films.

The festival program includes numerous film screenings, exhibitions, workshops, discussion panels, meetings with artists, silent movie concerts and film activities in the urban space. The festival presents a cross-section of world cinema, with distinction from the output of Polish cinematography, the latest and most outstanding productions of the world format and masterpieces of cinema classics. Every year, the program features films awarded and displayed at major film festivals, such as Cannes, Berlin, Venice, Rotterdam, San Sebastian, Sundance, Toronto and Gdynia.

"Monte Carlo of mountain races", i.e. car racing on the forest section from Sopot to Gdynia Karwin is an extremely popular competition by top drivers in our country. For a few days, the Tri-City becomes the automotive capital of Poland. Every year, the event gathers a large audience, which does not spare its throats, cheering on the competitors.
The rivalry takes place on a 3050-meter length section, which consists of 18 corners (11 right and 7 left), and the difference in levels is 64 meters.

On August 14-16, as part of the next edition of Top of the Top Sopot Festival, over 60 performers, including 14 foreign stars, performed on the stage of the Opera Leśna. Special guests were, among others Anastacia, James Arthur, Aloe Blacc and Welshly Arms.

We've heard iconic hits such as "Live is Life" by Opus, "You" by Ten Sharp, "I've Been Thinking About You" by Londonbeat, "Mr. Saxobeat "Alexandra Stan or" Hollywood Hills "performed by Sunrise Avenue. 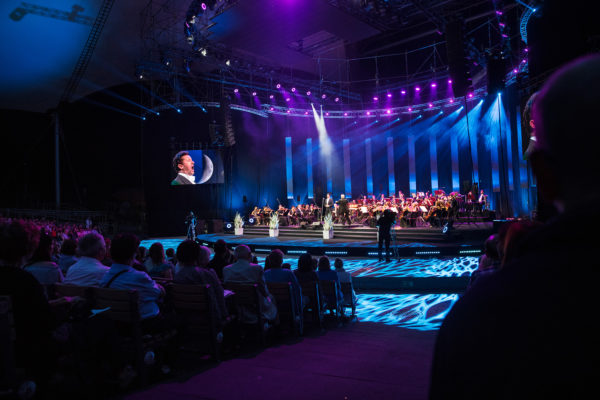 The Sopot Classic International Festival is a musical proposition for lovers of classical music and various musical forms present on the Polish and international stage. Various programs, talented artists, composers and performers of the young generation, as well as the musical face of the culture of other nations - all this fills the Sopot Classic Festival.
Sopot Classic Festival was established in 2011 on the initiative of the management of the Polish Chamber Philharmonic Sopot and the authorities of the City of Sopot. The aim of the Festival is to show and propose to the recipients of culture a high meeting with the performance trends of Poland and Europe. Music lovers will receive four varied concerts that will enrich the cultural repertoire of Sopot and the Tri-City, and will become an interesting proposition for tourists coming to the Tri-City Metropolis during the summer holidays.
The organizers are trying to present an offer rich in various musical styles, nonetheless accompanied by a high level of performance, perfect preparation and attention to detail, both artistic and organizational. The concert programs will include works created over several centuries of European musical culture.
In addition, the aim of the Festival is to interest and create a cultural offer for people who are not frequent visitors of philharmonic concerts on a daily basis. By locating concerts in places known and widely available to listeners, the organizers hope that the program offer will meet with great interest. 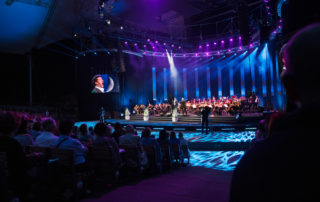 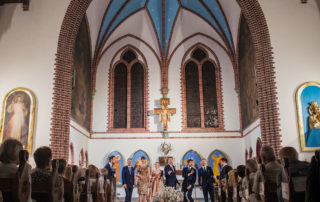 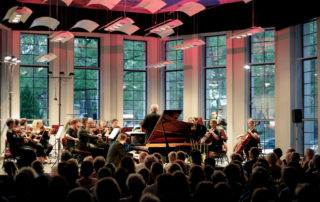 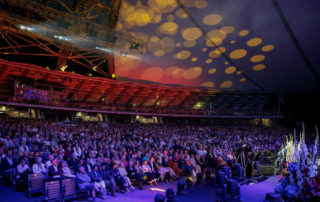 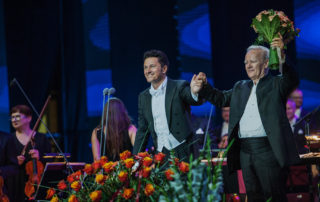 The Literary Sopot Festival has existed since 2012 and always takes place in the second half of August. It is organized by the Municipal Public Library and the City of Sopot. Every year, the organizers choose one country whose literature is the festival's leading motif. The first edition was devoted to Polish reportage. The festival's guests included Filip Springer, Wojciech Tochman, Jacek Hugo-Bader, Mariusz Szczygieł, Magdalena Grzebałkowska and Andrzej Stasiuk.

The theme of the next edition was Scandinavian and Icelandic literature with an indication of children's literature and detective stories. In the 2013 edition, they took part, among others Christer Mjåset, a Norwegian neurologist writing stories and Yrsa Sigurðardóttir and Eiríkur Örn Norðdahl from Iceland.

In 2014, the "Literary Sopot" Festival was dedicated to the discovery of Russian literature. To participate in this literary fete were invited, among others Jelena Czyżowa, winner of the Russian Booker from 2009 for the novel Czas kobiet, Aleksandra Marinina, author of crime novels and the creator of the series by Major Kamieńska, Vladimir Sorokin - a leading representative of Russian conceptualism, or Ivan Vyrypayev - playwright, screenwriter.

The 2015 edition of the "Literary Sopot" Festival was dedicated to Czech literature. Readers had the opportunity to meet, among others with Jaroslav Rudisz and Petra Hulova, laureate of all the major Czech literary prizes, as well as with one of the leading representatives of the Czech "new wave" Jiri Menzel, as well as with the director, playwright of the younger generation - Pet Zelenka.

In 2016, the readers had the opportunity to explore Israeli literature and culture. The Festival was attended by, among others Etgar Keret, one of the most widely read Israeli writers, Dorit Rabinyan, whose books are bestsellers translated into 15 languages ​​and the writer of detective stories - Dror A. Mishani.

The sixth edition of the festival was devoted to Spanish-language literature. In Sopot they visited, among others Javier Cercas - writer and journalist touching, among others themes of the Spanish Civil War, Almudena Grandes - one of the most popular authors of contemporary Spanish literature, Claudia Piñeiro, who describes the Argentine reality using criminals and thrillers.

The leitmotif of the seventh edition of the festival was French literature and culture.

Each edition of the Literackie Sopot festival means not only meetings with national literature, but also the opportunity to participate in trade fairs, books, workshops, film screenings, and theater events. Among the activities prepared for the participants there will also be a rest on the festival beach.

Sopot Jazz Festival is one of the oldest jazz festivals in Poland. The guiding principle of the festival is the high quality of the presented music, its authenticity and originality. While designing the event, we place special emphasis on an ambitious program presenting artists from around the world, both those with already established popularity, and those whose introduction to the Sopot festival stage is a breath of fresh air, favorably influencing the contemporary image of jazz as a dynamically developing festival. global music, facilitating contacts and mutual intercultural understanding.
Starting from 2016, curators will be responsible for the artistic program of the festival. The curator of the 2016-2018 edition was Greg Osby - an American saxophonist, composer, producer and teacher.
In 2019, the festival will take place on 11-13.10.2019, and its curator was Rainer Kern.