November 11th is Independence Day (Dzień Niepodległości) in Poland and is a public holiday. The date marks the end of World War I in 1918 and is recognised as the moment Poland regained independence with the collapse of the remains of the occupying central European powers who had divided the country for over a century. It is one of the most important dates in Poland and is marked with military parades and memorial services for those who have died in defence of the Polish nation. It is a day when thousands of Polish flags will be seen flying from most buildings, both public and private and most major pedestrian and vehicular thoroughfares will also be decked out in the Polish colours of red and white.

Independence Day falls on November 11th as the armistice which signalled the end of World War I took place at 11:11 on the 11th of November – the eleventh minute of the eleventh hour, of the eleventh day of the eleventh month. For the previous 123 years Poland had not officially existed as a state following the third of three partitions imposed upon the country by its powerful neighbours – Prussia (later Germany), Russia and Austria (later Austria-Hungary).

Over a period of 23 years from 1772 to 1795, these three empires gradually reduced the size of Poland by taking land to the point that the third and final partition in 1795 saw Poland disappear from the map completely. The First World War saw first Russian control collapse following the Russian Revolution and then that of Germany and Austria-Hungary with their defeat. Poland was the largest of the many states which were reborn with the collapse of the Central Powers and the first Polish parliament met in January 1919. The borders of the 20th century incarnation of the Polish state were not officially settled until the Treaty of Versailles in June 1919 and even then the newly reborn state had to fight off an attempted invasion by the Red Army in 1920 to consolidate its position.

Considering the concerted attempt by the occupying powers to erase not just the Polish state but any trace of the Polish nation and its culture and language, it is remarkable to think that there was still a people left in 1918 to form a nation. The Russian and German empires were particularly vicious in their imposition of policies of Russification and Germanization respectively yet neither they nor the Austrians were ever able to suppress the Polish people’s ambition and longing for an independent homeland.

This pride and determination are evident in the country’s marking of Independence Day and the mood on the day is a celebratory but serious one. 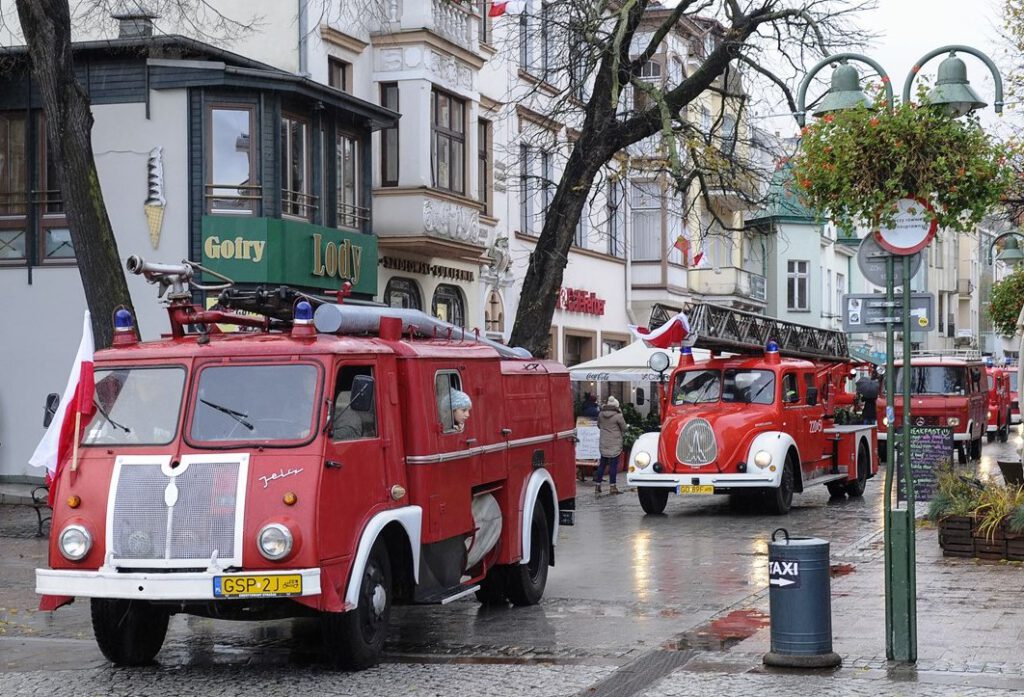 The main events naturally take place in Warsaw with official ceremonies in the city’s Pilsudski Square and a huge Independence Day parade and march through the streets of the city. Sopot marks the day with a parade and lots of flags and though most shops are closed, you’ll find some local convenience stores open as well as most bars, cafes and restaurants who will be looking to take advantage of the fact everyone has a free day from work.

One point of historical interest is the fact that while the nation of Poland regained its independence in 1918, the city of Sopot was not part of that. The right to govern Sopot and the neighbouring Gdansk (or Zoppot and Danzig as they were commonly referred to at the time) was strongly contested by the German state and the new Polish state. It was left to the powers at the Versailles Conference to decide their future and the solution was to award the cities and the surrounding area to neither. Instead the Free City of Danzig was created (Freie Stadt Danzig in German or Wolne Miasto Gdańsk in Polish) and placed under the control of the League of Nations who appointed a commissioner to oversee a locally chosen parliament and senate. The two cities did not become part of Poland again until 1945, with the collapse of Germany in World War II and the redrawing of the map of Europe by the Allies at Yalta. This meant that Sopot and Gdansk had spent the longest period of time outside of Poland having been part of the First Partition in 1772 – a total of 173 years.