What’s On in Sopot in September

Just because the children went back to school in Poland on Monday September 2, that doesn’t mean the holiday season is over in Sopot. In fact, for many, the month of September is their favourite month in Sopot, as the weather is traditionally very good while the number of people around the city during the week begins to thin as people get back into their daily routines.

In September there’s still a lot to attract your attention. Sopot has lots of events, exhibitions and festivals either already underway or yet to come in the final weeks of the summer holidays. Here’s a summary of what’s going on in the major categories with links to where you can find out more. Keep an eye out for both our monthly What’s On blog posts and follow us on Facebook and Twitter for updates and reminders.

Also, we’d love to hear from you if you have an event of any kind that you think visitors to Sopot would like to know about. Just drop us a line at biuro@visit.sopot.pl with details and a short description of the event and we’ll take it from there.

There are a few festivals to look out for in September, particularly in the arts. Starting this evening (Friday September 5), there is the 5th edition of the ‘Within Sopot’ Photography Festival This year’s festival includes some guests from abroad who have come to show their work. This year the work poses questions about the functioning of man in a modern environment and the impact that this environment has on human activity. There are exhibitions of work, a concert and meetings with some of the photographers. The main location is the State Art Gallery on Pl. Kuracjyny but they will also be events happening in the pier gardens, Sopot Centrum and Dwie Zmiany.

For those interested in history, you should beware of the exhibition currently in the Museum of Sopot. Entitled ‘Calm before the Storm – the Summer of 1939 in Sopot’  this exhibition uses old photographs and films to show the rise of fascism in the city in the 1930s and the calm of the summer preceding the outbreak of WWII. There are some remarkable photographs and exhibits BUT BE WARNED that the exhibition is only on until next Sunday (September 15).

Teatr BOTO, found on the small square in front of the Jasia Rybaka fountain, is a treasure trove of exhibitions, festivals and concerts with a rich calendar of events. Until September 20, they have an exhibition entitled Ksenofilia 2 by photographer Andrzej Walkusz, which focuses on the faces of the people of Berlin and its rich multicultural mix. 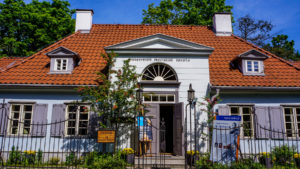 Another excellent cultural spot in the city is the Dworek Sierakowski manor house, parts of which date from the 18th century. Until September 29, they are holding an exhibition of the work of Sopot-born Andrzej Dudzinski entitled ‘Man-Hat-Tan’.  As the name suggests, there is a connection to New York where the cartoonist and photographer has spent much of his life and the exhibition is a celebration of his work as he celebrates a career already spanning 50 years. Note that there is a meeting with Mr. Dudzinski on September 25. Note that, event or not, the Mlody Byron (Young Byron) café/bar which is found inside is a super little place to visit.

The State Art Gallery plays a central role in the cultural calendar of Sopot and among the exhibitions taking place there currently is one displaying the work of one of Poland’s most famous painters – Jan Matejko. Much of the work on display here has come on loan from the National Art Gallery in Lviv and we thoroughly encourage you to pay a visit and appreciate the work of the man often described as the painter of Poland’s history. 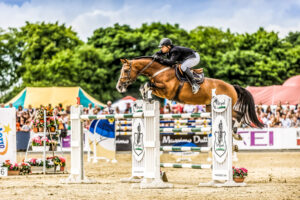 September is a busy month at the Sopot Hippodrome with three events taking place, the first of which begins today (September 5) and carries on all weekend. That’s the Sopot Horse Trials, which is a Three Day Eventing competition where trophies for the Polish Championship and International Opens are being fought for across a number of classes. Then coming up next weekend is the Pomeranian Show Jumping Championships  and then at the end of the month we have the Para-Equestrian Championships 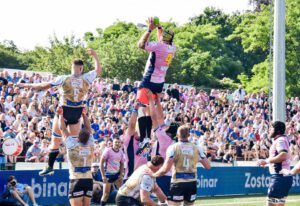 The sports season is back underway in September with the teams of two of Sopot’s most popular sports setting off on the road to what we hope will be glory come spring. Polish Rugby Union Champions, Ogniwo Sopot come up against the team which they beat in last season’s play-off final on Sunday at 16:00, when they face the 15 of Master Pharm Rugby Łódź.  The following week they will play away at local rivals, Arka Gdynia so that’s another fixture worth looking out for.

Elsewhere the basketball season begins again at the end of September and Trefl Sopot will be looking to get off to a positive start under their new coach, former captain and club legend, Marcin Stefański, when they come up against King Szczecin at the Ergo Arena on Saturday 28. 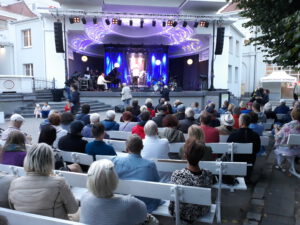 There’s plenty of live music to check out in Sopot this month. While the weather remains warm(ish) we recommend keeping an eye on what’s taking place at the concert stage in the pier gardens. There are concerts there over the first weekend of September and we’ll keep adding more details about others as we get them. 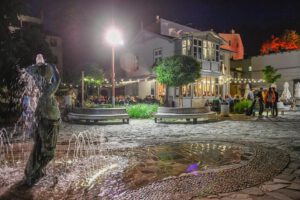 Teatr BOTO puts on a series of concerts entitled BOTO Jams and there are a few of those planned for September. We like the look of the event featuring Ola Tomaszewska later in the month but there’s plenty others to choose from. Take a look at our event calendar to keep up to date with what’s on. As well as the BOTO Jam concerts, Teatr BOTO also host other concerts and Sunday sees the young Tri-city band, The Fruitcakes, appearing on stage.

If your tastes are a little more classical, Dworek Sierakowski host regular ‘Thursday Music Evenings’ and you can see what they have planned for the coming month on our website. The city’s major concert venue, the Opera Lesna or Forest Opera, will be in use this month for the Concert for Sopot Residents on Sunday September 8. You may still be able to get a ticket for this popular annual event which is aimed primarily at the residents of Sopot.

With the weather starting to get a bit chillier in the evenings, the attraction of heading inside to watch a film becomes a more attractive proposition. Sopot is the smallest city in Poland to be able to boast a multiplex cinema like Multikino. In September there are premieres of a number of Polish and international films. The period immediately following WWI is in vogue in Poland at the moment with next year being the 100th anniversary of the ‘Miracle on the Vistula’ and there are two films focusing on national hero, Marshall Pilsudski and the Legions of the Polish Army who grabbed Polish independence back after 123 years of partition. Note both are in Polish. There are premieres of English-language films as well with Brad Pitt in Ad Astra; James McEvoy in the Stephen King IT and Sylvester Stallone giving Rambo another run out in Last Blood, 37 years after he hit our screens in First Blood. Note that all films, with the exception of films for children, are shown with their original soundtrack and Polish subtitles.

Coming Up in the next few months

It’s worth noting some of the events which have been organised for the next few months so you can either register for them; buy tickets or plan your visit to Sopot to take part. 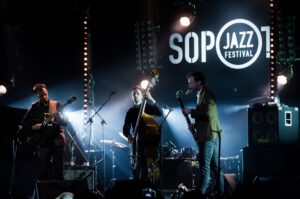 In October we have the Sopot Jazz Festival, which remains one of the key events of the Sopot calendar over 60 years on from the first festival.

For the runners out there, the Sopot Autumn 10k takes place on October 12. The course has earned praise from visitors from abroad who travel in greater numbers each year to take part. You’ll need to register beforehand and you can find out how to do that here.

In November the Ergo Arena will be transferred into an ice rink when it welcomes the colour and magic of the Disney On Ice tour. All of your children’s favourite characters will be there and there will be a total of 9 shows and matinees to choose from.