September 1, 2019, the 80th anniversary of the outbreak of World War II, saw the unveiling of a statue of a bear that has played an iconic role in the story of the Polish Army’s modern history. The statue of Wojtek the Soldier Bear, as he has become known, now has a permanent home overlooking the street named after the battle in which he played an active role.

For those unfamiliar with the story, it makes for fascinating reading. Thousands of members of the Polish armed forces found themselves regrouping in what is now Iran in 1942 following their release from Soviet captivity. Most had spent the previous two years in captivity after the Soviet invasion of Poland in September 1939 as part of the Ribbentrop-Molotov agreement. Many servicemen and women and civilians had perished during the previous two years as they were rounded up and dispersed across the Soviet Union. With the Soviet Union and Poland agreeing to fight alongside each other following the invasion of the Soviet Union by Nazi Germany in June 1941, the Poles were released and left to make their own way south to where they eventually regrouped under the command of General Władysław Anders to form the Polish 2nd Corps.

It was in Hamadan, in what was Persia, that the some of the soldiers came across an orphaned Syrian Brown bear cub. The soldiers, no doubt feeling a sense of empathy with their homeless, lost and wandering new friend looked after him, feeding him milk from a bottle and playing with the little cub. In turn the cub responded to their kindness by becoming so much part of their community that the soldiers named him Wojtek, a diminutive version of Wojciech which literally means ‘he who is happy in battle’. The soldiers of what was now the 22nd Transport Company (Artillery Supply Company) went as far to get Wojtek Bear (Wojtek Mis) enlisted in the Polish army and the bear was issued with an army book and the rank of Private. As the 2nd Corps moved into action Wojtek moved with them crossing Iraq, Syria, Palestine, Egypt and finally Italy. Wojtek was more than a mere mascot, however, playing an important role in his unit including joining his fellow soldiers on guard duty and helping in the moving of heavy equipment. He spent his free time wrestling with his brothers-in-arms and was said to enjoy drinking beer and smoking (and eating) the odd cigarette. 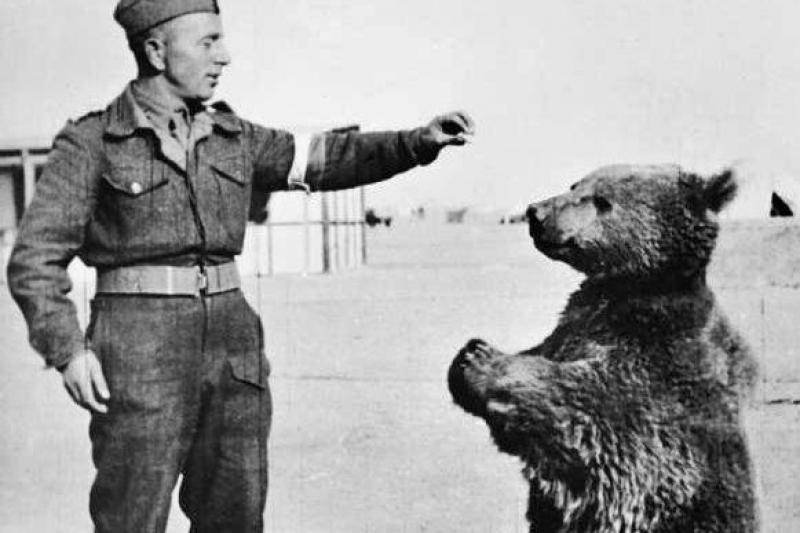 It was in action in Italy that Wojtek really earned his spurs. The Poles were thrust into the battle to break the German defensive Gustav Line at Monte Cassino, the centre of which was an ancient monastery on a rocky hill, south of Rome. The battle was prolonged and costly with repeated attempts, over many months, to break through failing on the steep inclines towards the well-defended strong point. It was only when the Allies mounted their fourth attempt with the Poles at the fore that the line was finally broken and the road to Rome opened to the Allied armies. Wojtek played his part by using his enormous strength to deliver ammunition to the soldiers of the 2nd Corps. The legend of Wojtek the Soldier Bear was completed when the 22nd Transport Company (Artillery Supply Company) took the emblem of a bear carrying an artillery shell as its official emblem. 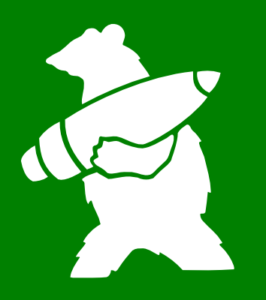 The battle and the Poles’ key role hold such an important place in Polish history that Sopot’s main street is just one of many streets in Poland named Heroes of Monte Cassino street (ul. Bohaterow Monte Cassino). It is therefore rather fitting that the statue of Wojtek has been erected here.

Wojtek went onto see further action in the liberation of Bologna and Ancona among others. The end of the war saw the soldiers of the 2nd Corps shipped to Scotland where the Poles discovered that the liberation and return to their homeland was not going to happen. Most decided not to return to the country which was now under the control of the nation that had previously captured and imprisoned them and they broke up to start new lives in the UK and in places around the world. Wojtek was homed in Edinburgh Zoo, where he lived out his days, eventually passing away in 1963. During the post-war years he was cheered by regular visits from his former comrades who would shout to him in Polish and toss him food and cigarettes.

The story went unheard for many years, but in the last decade there has been a concerted effort to bring this remarkable story to the attention of more people. The unveiling of the statue on Bohaterow Monte Cassino joins statues which have previously been unveiled in Krakow, the Sikorski Institute in London and in Wojtek’s final home of Edinburgh. It is hoped that this new statue will help to bring Wojtek’s remarkable story and the history of Polish servicemen in World War II to more people. Make sure to stop by and take a look.

The driver behind the creation and placement of the statue is Sopot resident Ewa Rakowska-Eggar. While living and working in London, Mrs. Rakowska-Eggar read about an exhibition at the Sikorski Institute dedicated to Wojtek the Soldier Bear. She created the foundation to raise funds to pay for the statue and the unveiling marks a successful completion of many years of hard work to fulfil her goal.

The designer of the sculpture was Pawel Sasin, whose other work includes the statue of the Displaced Citizens of Gdynia found on ul. Starowiejska. He lives in Gdansk and works in the Academy of Arts in Gdansk.