UK authors feature at Sopot by the Book Festival

The 8th edition of the Sopot Literary Festival, called the Sopot by the Book Festival in English, will feature the work of writers from the United Kingdom during this year’s four-day festival, which takes place from Thursday August 15th until Sunday August 18th. There will be numerous events and workshops taking place in great venues around town such as theatres, libraries, cafes, galleries, bookshops and museums. You can find the full programme here and the following is a taster of what you can expect.

The creator of the Sopot Literary Festival and Vice-President of the City of Sopot, Joanna Cichocka-Gula, spoke to the event’s organisers to give her thoughts on this year’s festival. She noted that we live in interesting and uncertain times and a changing Europe. Among the increasing threats she noted, are threats to people’s freedoms in regard to their rights and their freedom to exchange thoughts. This made the organisers think of the achievements of British suffragettes and feminists. They decided to focus on showing woman who are historically important to British culture and two debates have been organised as part of the festival. 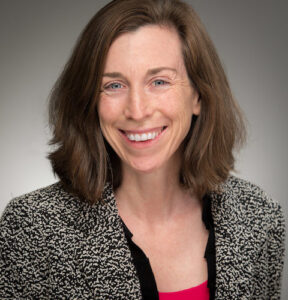 The first is entitled ‘On Mary Shelley’s Frankenstein: contemporary perspective on the myth’. This will take place at the State Gallery of Art in Sopot (Państwowa Galeria Sztuki) at 3pm on Thursday; will be hosted by Monika Coghen and include a panel of Eileen Hunt Botting, Grzegorz J. Nalepa and Lisa Vargo. 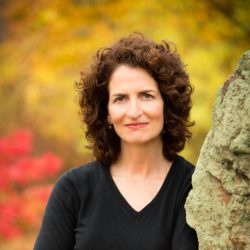 The second debate is called ‘From Mary Wollstonecraft to Virginia Woolf’ and will discuss the lives and work of two important woman in British literary history. Mary Wollstonecraft was recognised as a precursor of British feminism while Virginia Woolf’s life and work are examples of a consistent struggle for the right of a woman to express her views, describe and process them into a literary work. This debate takes place at the State Gallery of Art in Sopot on Sunday at 3pm, will be hosted by Magdalena Heydel and feature a panel of Charlotte Gordon and Laura Marcus. 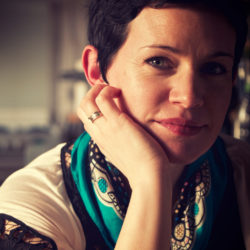 A number of young and successful British authors have been invited to the festival and their work will be partly premiered here. Among those attending is Sarah Hall, short-listed for the Man Booker Prize and recognised by the Guardian as one of the most exciting young writers in the UK, whose collection of stories ‘Madame Zero and other stories’ has been translated into Polish. You can listen to Sarah at the State Gallery of Art in Sopot at 7pm on Saturday. 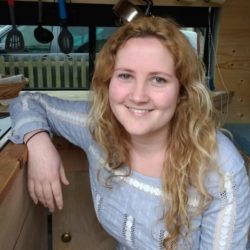 Also taking part in the festival will be Daisy Johnson, who became the youngest author ever nominated for the Man Booker Prize in 2017. Her first novel, ‘Under the Surface’, will premiere at the festival. Daisy will be appearing at the State Gallery of Art in Sopot on Friday at 7pm. 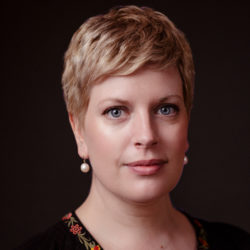 Best-selling author Sarah Perry is another who will be making the journey to Poland where her novel ‘Serpent of Essex’ has just been published in Polish. You can catch her at the State Gallery of Art in Sopot on Saturday at 5pm. 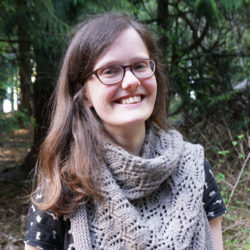 Katie Green spent five years working on her outstanding comic book ‘Lighter Than My Shadow’, which is a form of graphic diary, and she will be present at the Smak Słowa bookshop at ul. Bohaterow Monte Cassino 6A at 6pm on Thursday. 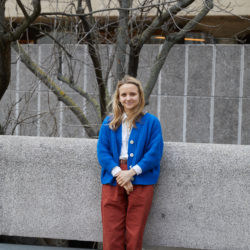 Multi-award winning author Isabel Greenberg, whose remarkable comic book ‘Encyclopedia of Early Earth’ was described by the Guardian as though it ‘already feels like a classic’ when it was published will be at the State Gallery of Art in Sopot at 7pm on Sunday. 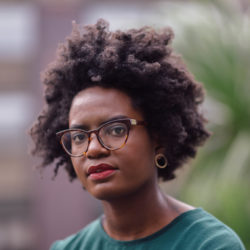 The topic of active women involved in trying to change the world continues with Reni Eddo-Lodge who will discuss her 2014 piece entitled ‘Why I’m No Longer Talking to White People about Race’ which started life as a blog post but which created so much interest and no little controversy that it was published by Bloomsbury Circus. You can hear Reni speak at the State Gallery of Art in Sopot at 5pm on Thursday.

At 5pm on Friday at the Smak Słowa bookshop, Ntailan Lolkoki, author of the shocking book ‘Wings for the Butterfly, the day my life began’ describes her experiences associated with ritual circumcision. Ntailan has devoted all her later life to defending women’s rights in Africa. 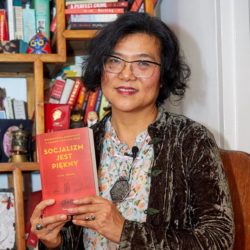 The Chinese journalist and writer, Lijia Zhang, will be discussing human rights violations in China from a British perspective and her fascinating book ‘Socialism is great!: A Worker’s Memoir of the New China’ at the Smak Słowa bookshop on Saturday at 6pm. 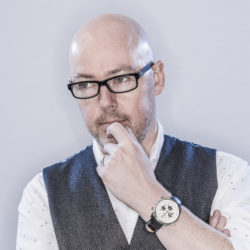 John Boyne, the Irish writer who is probably best known for his bestseller novel ‘The Boy in the Striped Pyjamas’ will be in Sopot to discuss his most recent book ‘A Ladder to the Sky’. You can catch him at the Sopoteka Library in the Sopot Centrum complex at 2pm on Friday. 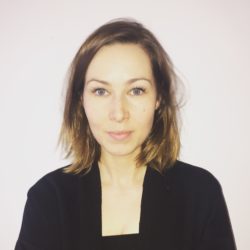 As well as writers from the UK, there will be a number of discussions with Polish writers on themes closely related to Poland. Olga Wiechnik, for instance, will be discussing her book ‘Posełki. Osiem pierwszych kobiet’ (Female MPs: The First Eight Women) which tells the incredible story of the first women to be selected as representatives in the Polish parliament (Sejm) after women won the vote in 1918 and the male-dominated world in which they had to fight for their right to be heard. Olga will be speaking at the Museum of Sopot at 5pm on Saturday. 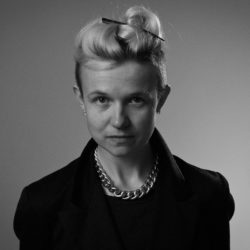 Joanna Ostrowska will discuss the harrowing story of the sexual abuse of female forced labourers during World War II, which is covered in her book ‘Przemilczane’ (Unspoken) and how the scale of silence connected with this topic still exists almost until this day. You can catch this discussion at the Wybrzeże Theatre (Scena Kameralna Teatru Wybrzeże) on Sunday at 2pm. 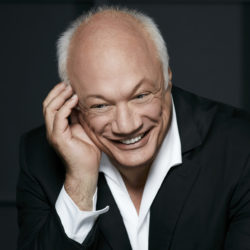 Finally, the festival warmly welcomes back the French-Belgian writer, playwright and philosopher, Éric-Emmanuel Schmitt. There will be a discussion with him on Sunday at 1pm at the State Gallery of Art in Sopot and you can catch the quite unique spectacle ‘Madam Pylinska and Chopin’s Secret’ in the impressive surroundings of the Sofitel Grand Sopot Hotel’s ballroom on Saturday at 8pm.

For more information about the event you can visit the festival website at en.literackisopot.pl and download the full programme in English here. Also stop by the Sopot Cultural Information point on the main square if you have any questions. You’ll find it open from 12 until 8pm. 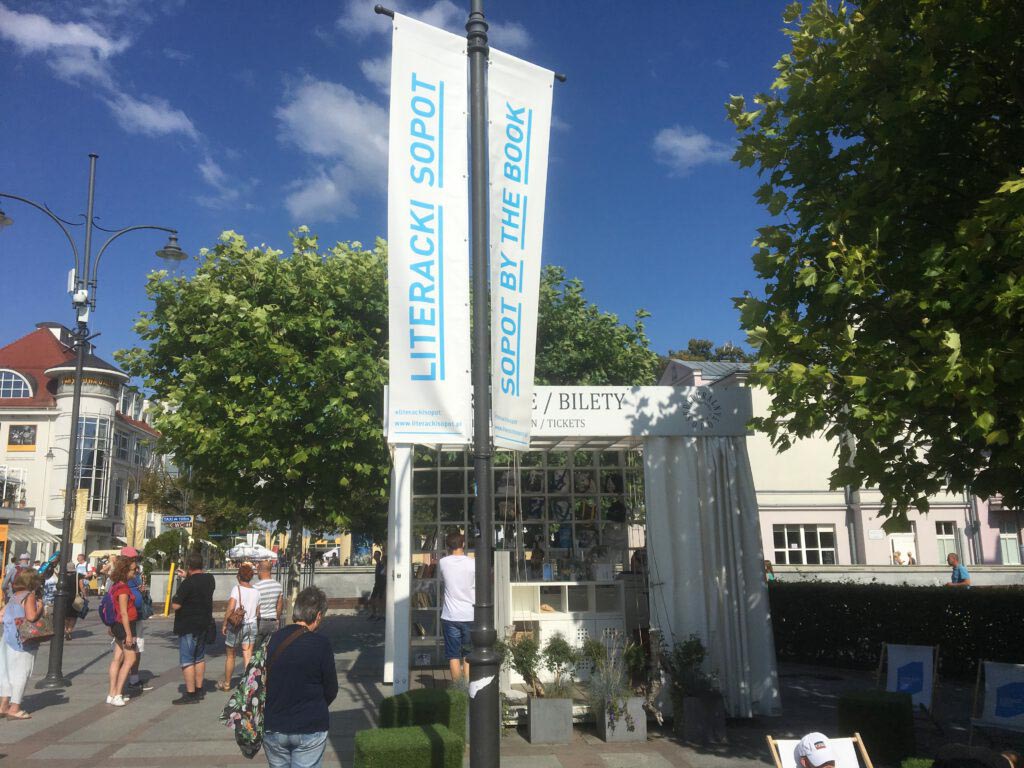